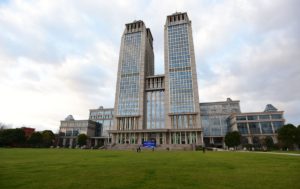 China’s third-best university according to the latest rankings (at 40thin the world), Fudan University is spread across four campuses in Shanghai, one of the nation’s largest hubs of finance and trade. Another member of the C9 league, Fudan University has a current enrollment of just under 32,000 students and is known as one of China’s most selective schools.

Featured among the world’s top universities in 26 subjects in 2017, Fudan University performs best for modern languages, chemistry, materials sciences and politics, for which it ranks among the top 50 worldwide.