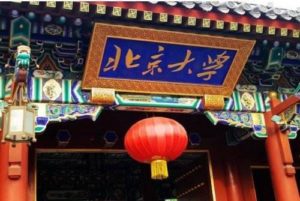 A consistent contender among the top universities in China, Peking University is a prestigious research university belonging to China’s C9 League. Established in 1898 and located in Beijing, Peking University admits a high number of international students every year and has maintained a partnership with Germany’s Freie Universität Berlin since 1981. As well as its leading academic offering, Peking University’s campus grounds are loved for their traditional Chinese architecture.

Peking University is ranked joint 38th in the world and also ranks among the world’s best in 37 of the 46 subjects covered by the subject rankings, achieving top 50 positions in 26 of these, including modern languages, linguistics, chemistry, dentistry, mineral and mining engineering and social policy and administration.

Throughout its history, the university has educated and hosted many prominent modern Chinese thinkers, including figures such as: Mao Zedong, Lu Xun, Gu Hongming, Mao Dun, Li Dazhao, Chen Duxiu, and current Premier Li Keqiang. Peking University was influential in the birth of China’s New Culture Movement, May Fourth Movement, the Tiananmen Square protest of 1989 and many other significant events.