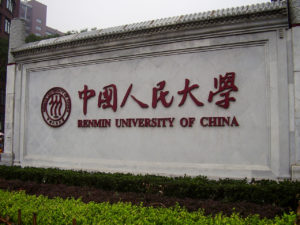 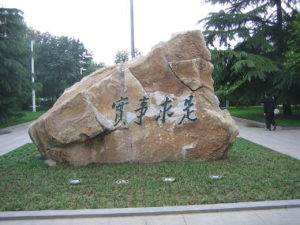 The University library has 2.5 million holdings, and is recognized as the Information Center of Arts Literatures by the Ministry of Education. The new library building opened in the second half of 2011. The Renmin University of China Press is one of the most famous publishers and the first university press in China which has published a large number of academic works in humanities and social sciences. 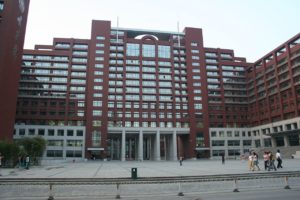 Renmin University has established its communications with 125 universities and research institutions of 32 countries and regions, which enables the University to be the center of academic and cultural communications between China and foreign countries. Many famous scholars have given lectures or attended special seminars in Renmin University, including the Nobel Prize in Economics winners Robert Mundell, Joseph E. Stiglitz, Michael Spence, John Forbes Nash, Edmund S. Phelps，Myron Scholes and Reinhard Selten.

Renmin University of China is one of the leading humanities and social science-focused universities in China, gaining national recognition for excellence in theoretical economics, applied economics, legal studies, sociology, and journalism & communication. According to the evaluation report of Ministry of Education of China, Renmin University’s Law School, School of Finance, School of Economics, School of Sociology and Population Studies, School of Journalism rank top one among China’s universities. Generally speaking Renmin University is considered as one of the best places for social science students in China.